We’ve been on the same jobs for over 20 years. We’ve nearly been hit, almost drowned, been struck by lightning and had a quantity of scrapes, bruises and flesh wounds that verges on innumerable.

In ’88 we were on a job in Pittsburgh out near the interstate. A distracted driver nearly swerved right into us.

In the summer of 1995 we worked the concert for some ska band or something called Captain Hookey. We both had beer (maybe some piss) on us that night.

Last summer [2011], we were stuck on a beach a little too close to comfort to some potentially shark-infested waters. I’ve never liked the ocean and I particularly don’t like anything that could snap me in two without batting a fin.

Years, near misses and close calls normally bring coworkers together and forge a bond that will last a lifetime.

This will be one of our last jobs together. We have never spoken to each other.

I am Cone Alone. 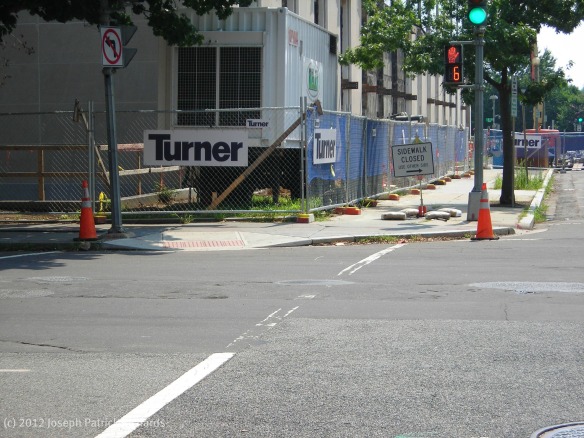